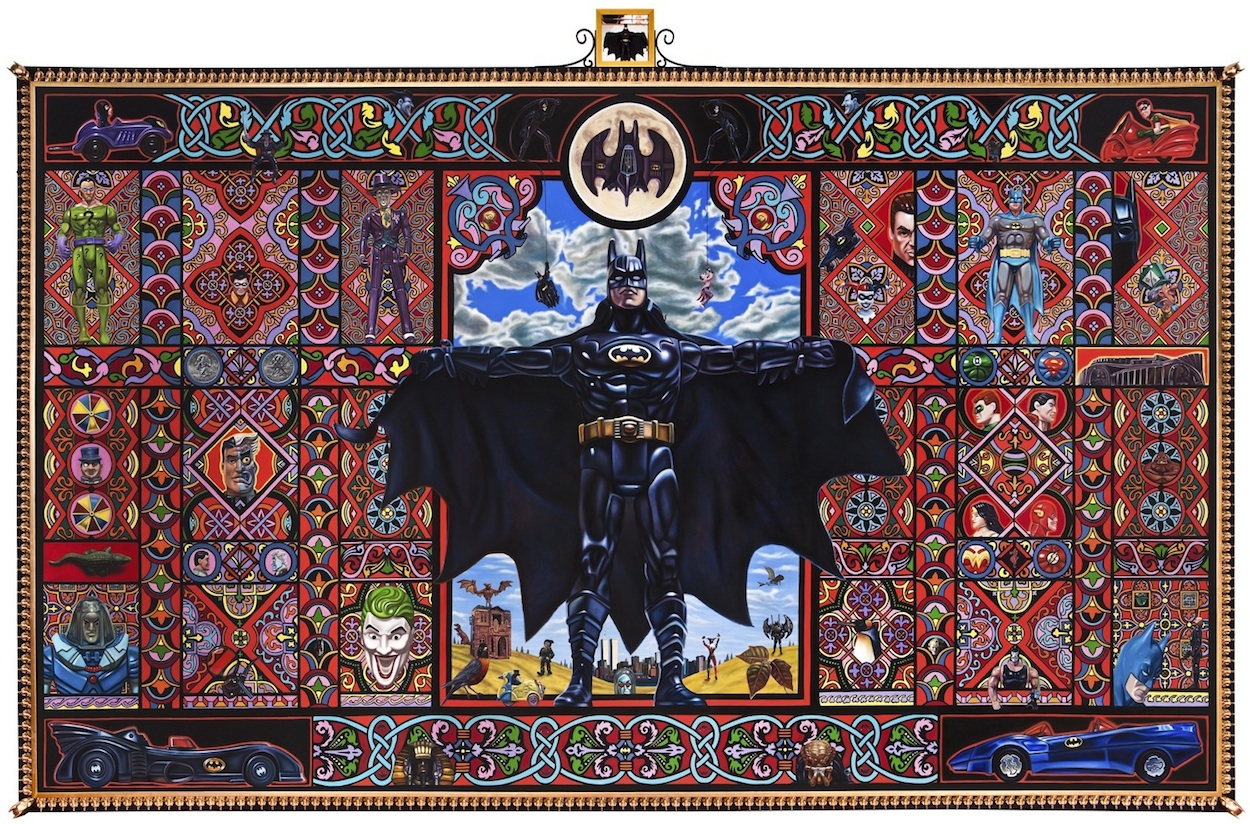 This piece took approximately 1200
hours spread out over 7 months, and
depicts nearly 75 different Batman
figurines, primarily from the 80's
and 90's. The painting also includes
iconography that influenced the
creation and aesthetic of the
Batman universe (a tiny Zorro
figure in the top left, the pipe and
magnifying glass of Sherlock Holmes
near the bottom left, a Mad Hatter, a
da Vinci ornithopter flying in the
landscape in the background). The Twin
Towers are depicted in the New York
Gotham City skyline (my childhood
Gotham included the Twin Towers). The
frame is covered in over 360 Batman
figures that were created using
silicone moulds. The original toy of the
central figure is encased in a shadowbox
attached to the top of the frame. 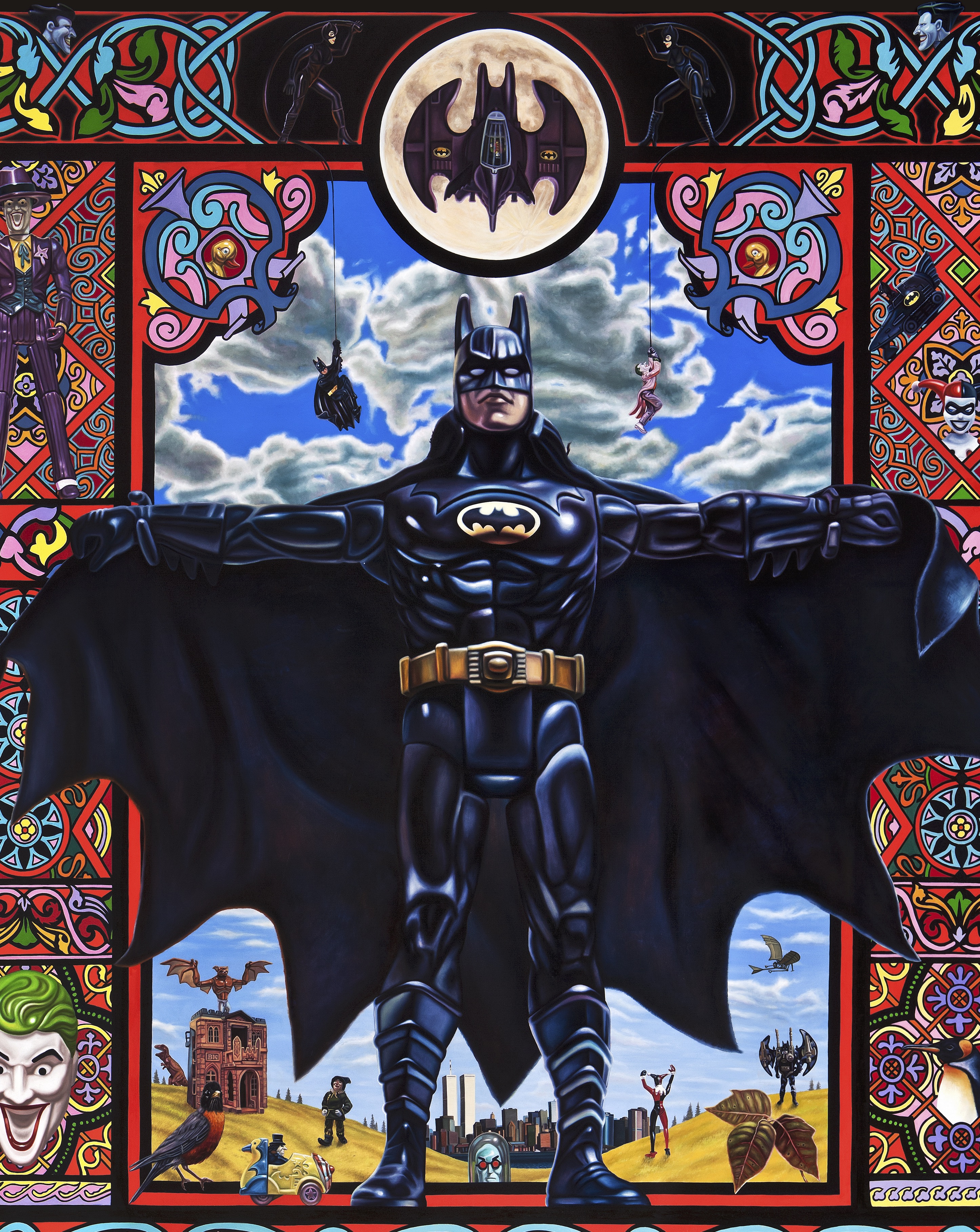 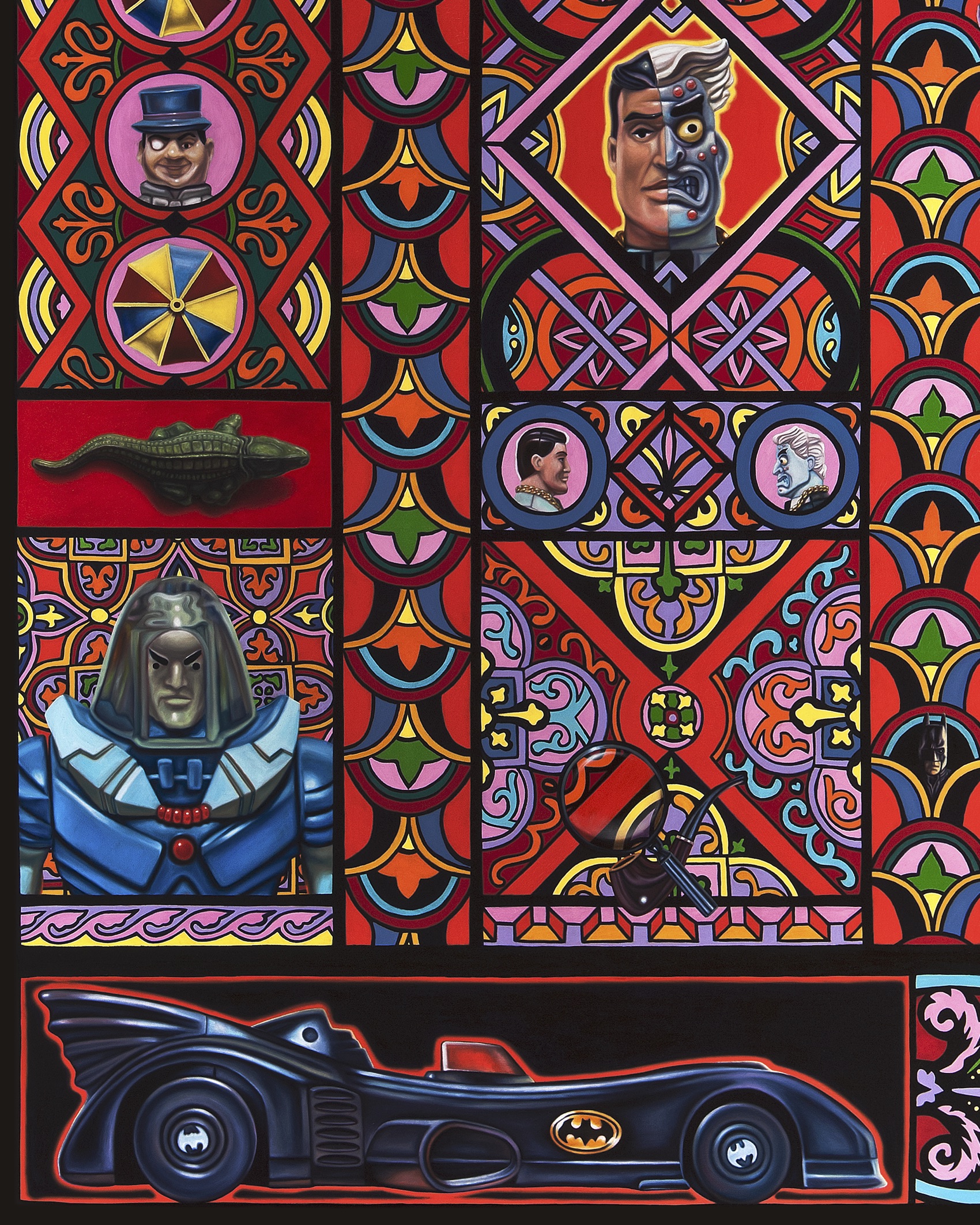 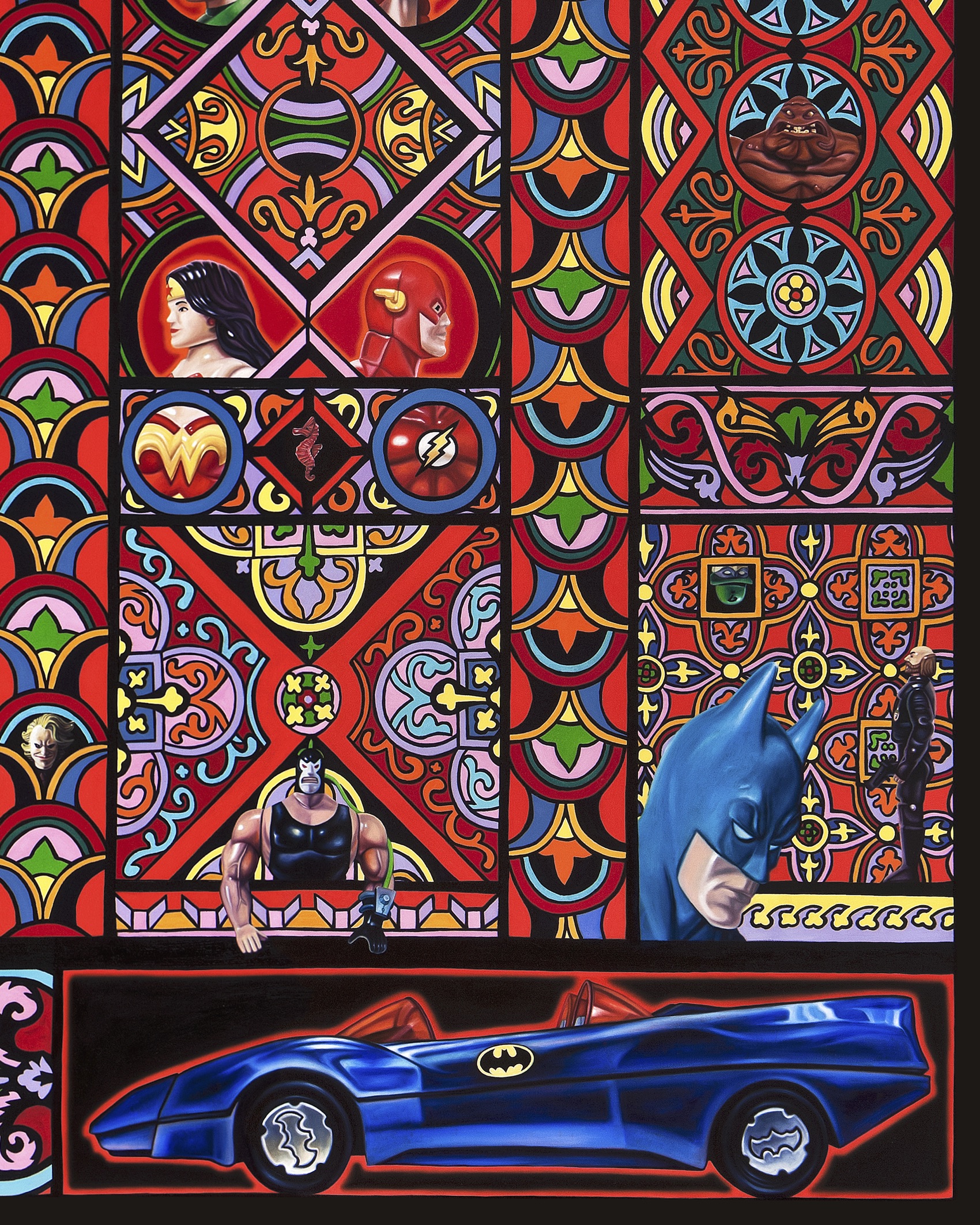 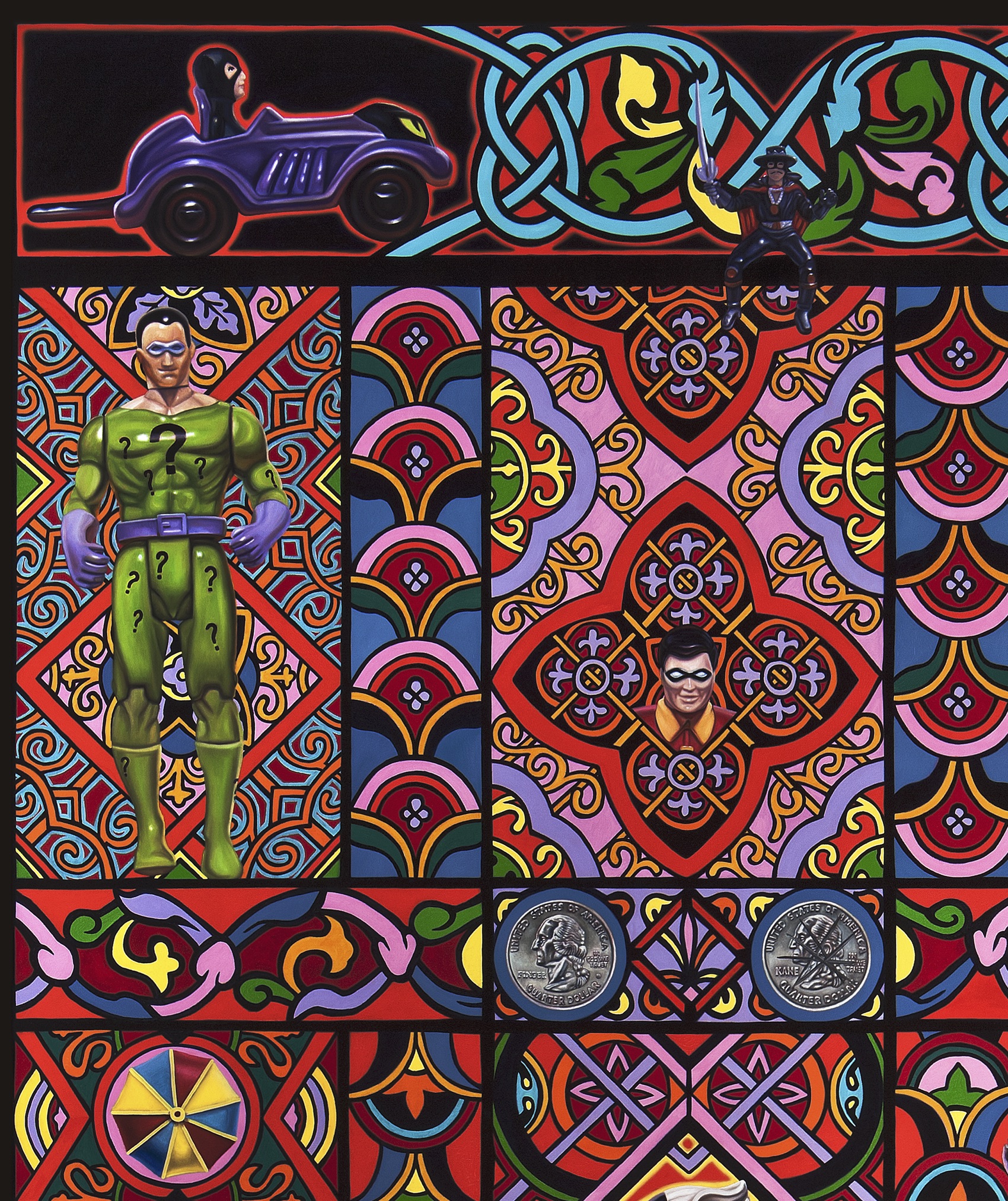 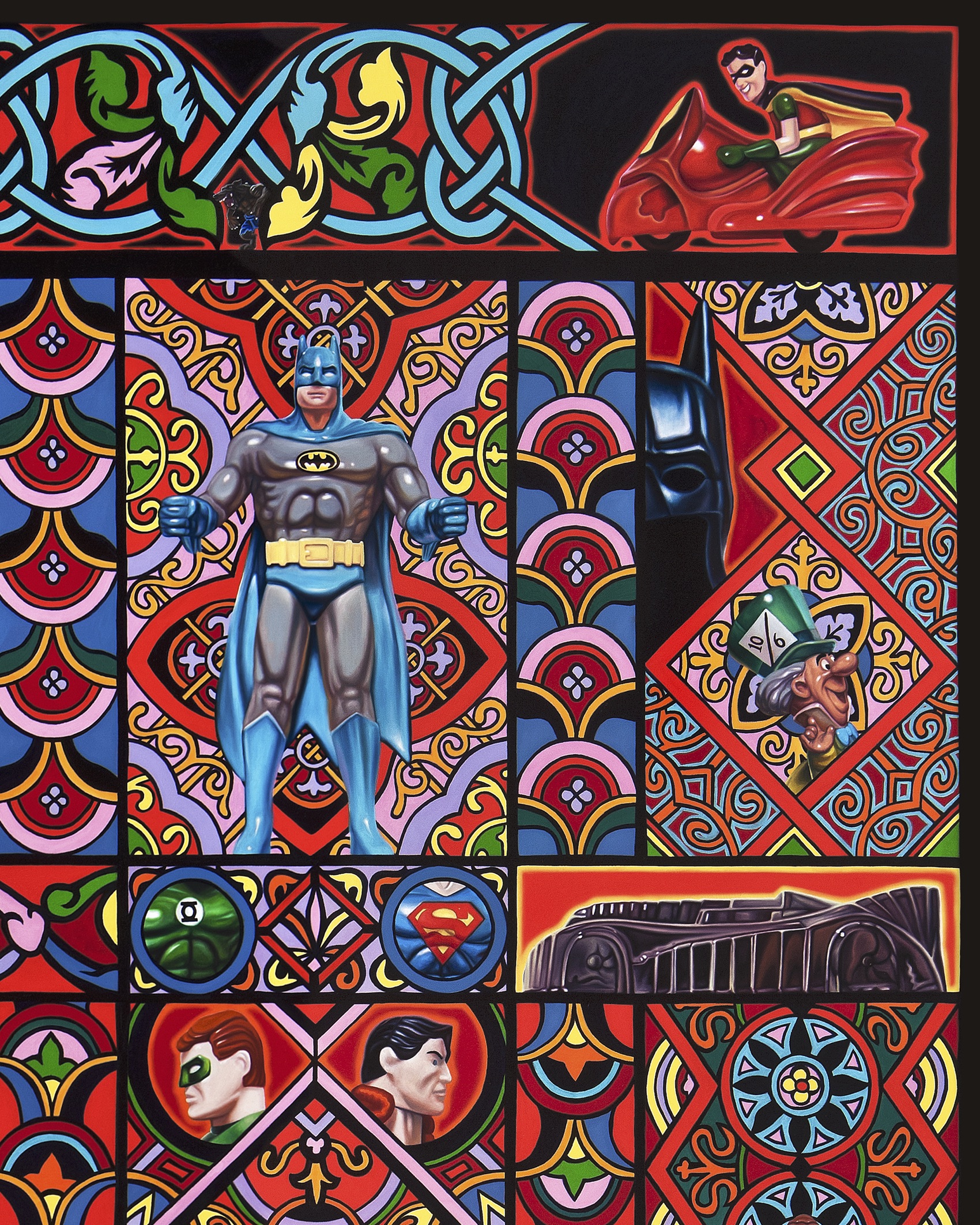 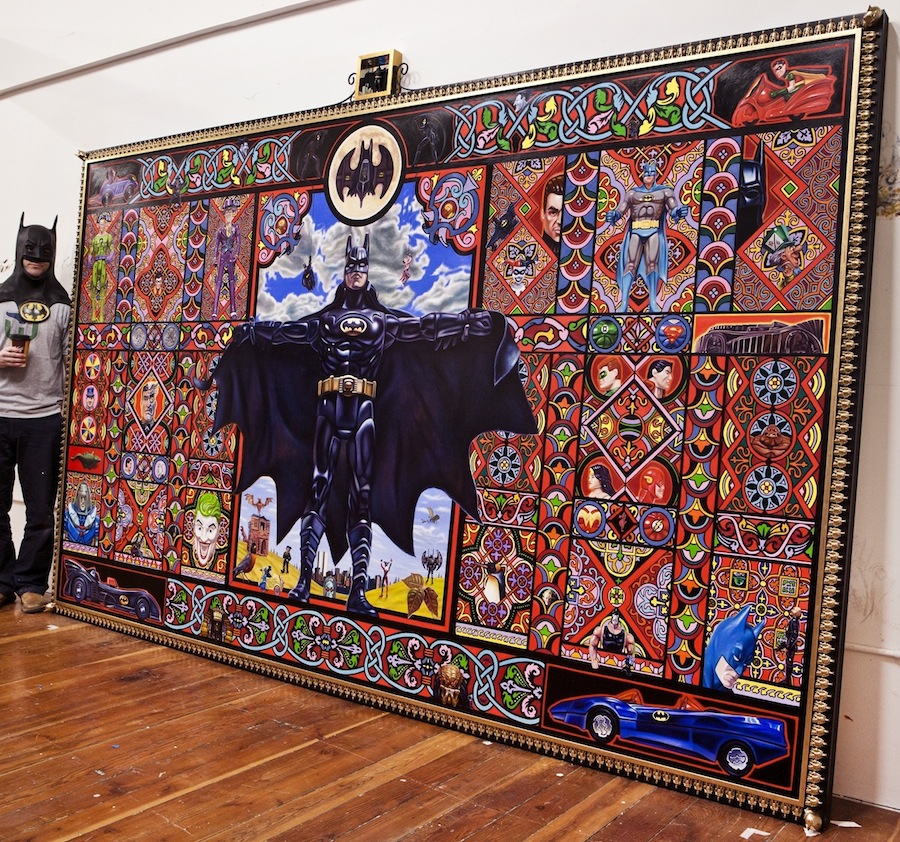