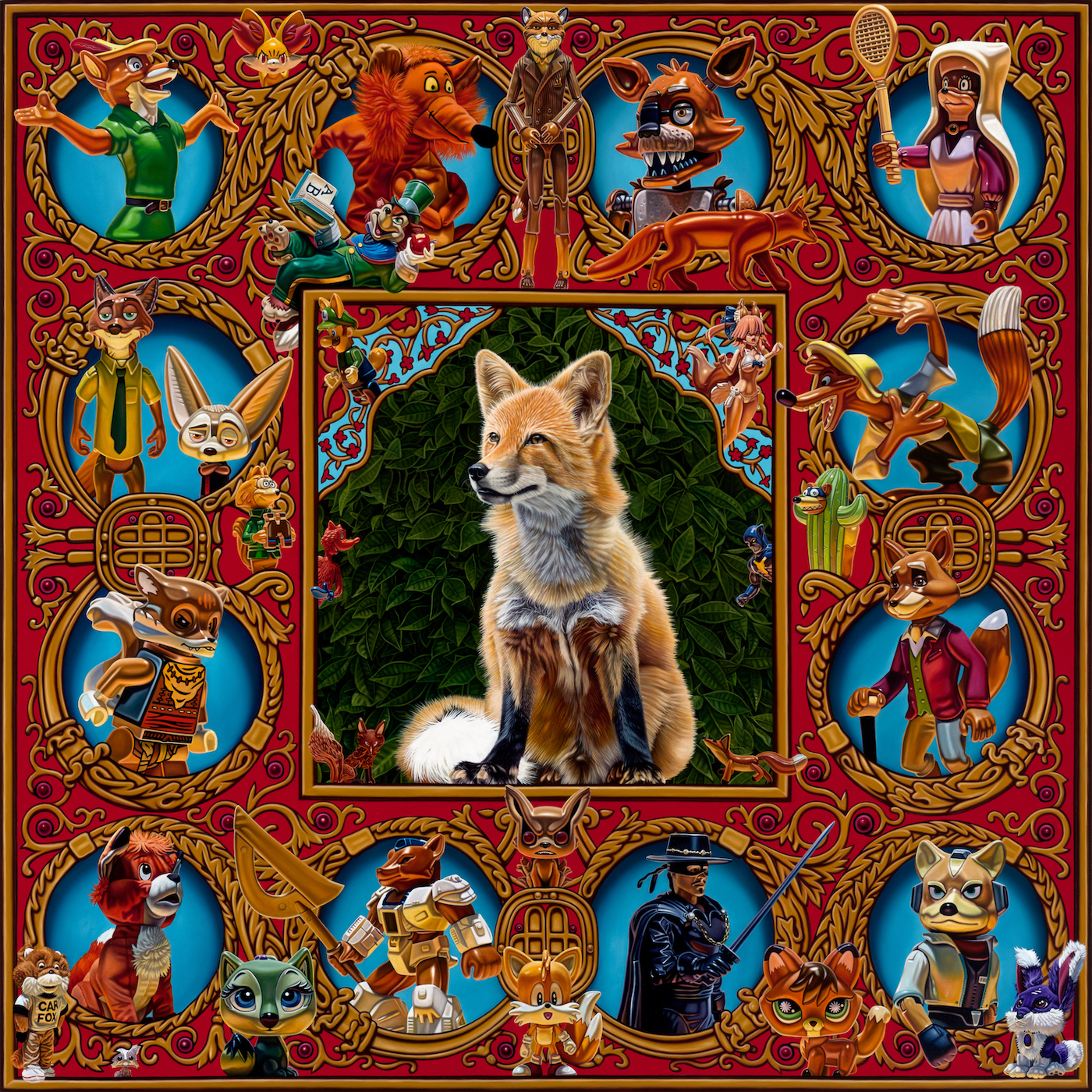 In June of 2019, I traveled to the JAB Canid
Conservation Center to photograph a
Russian Fox named Viktor. The photos would
later serve as reference for the central
figure of this painting. The Russian fox is
surrounded by 32 fox-related toys from
various generations of pop culture. The
decorative motif is primarily influenced by
a 16th century illuminated Bible, as well
as early 20th century circus posters. The
painting took approximately 650 hours spread
out over 7 months. 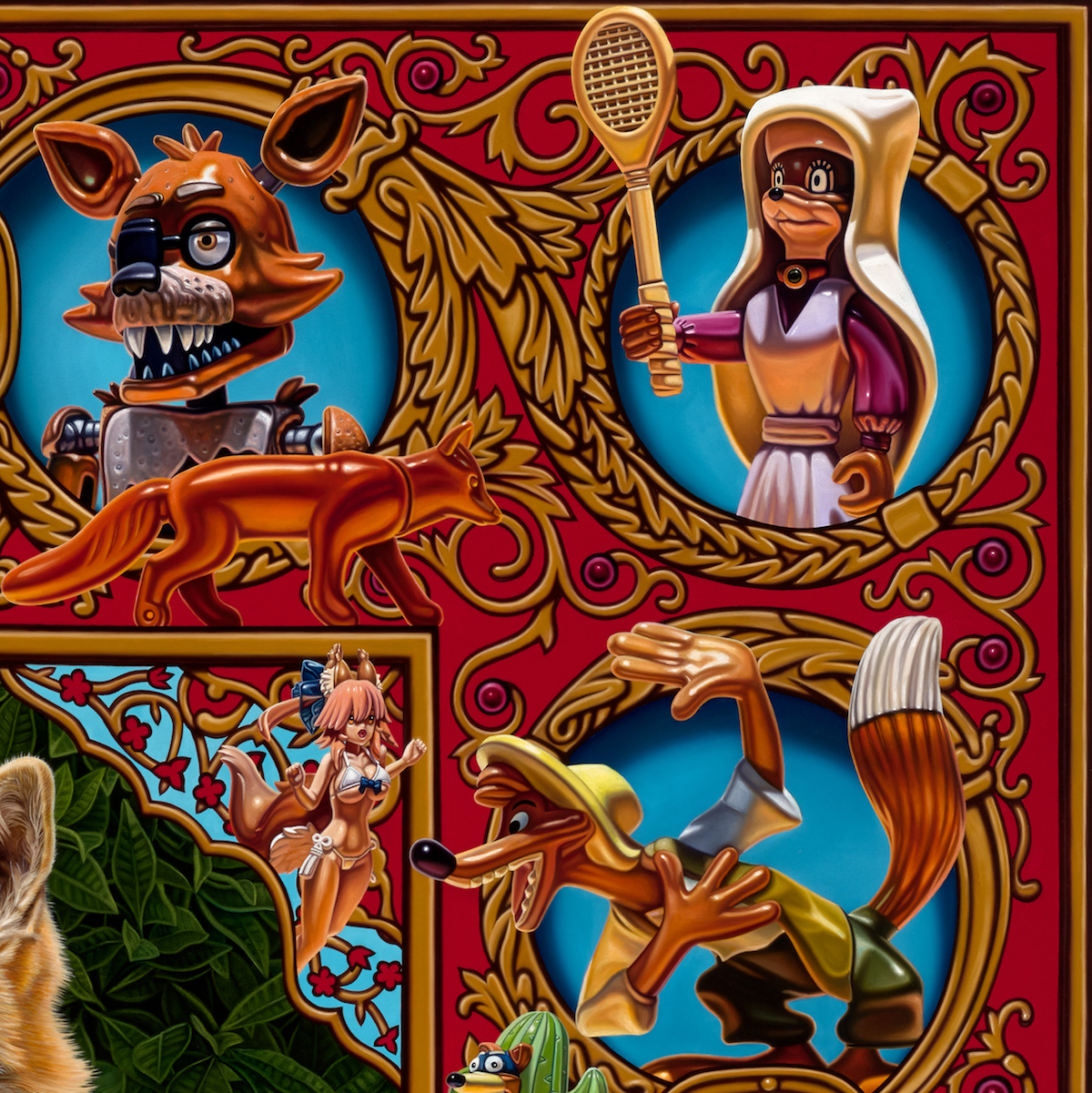 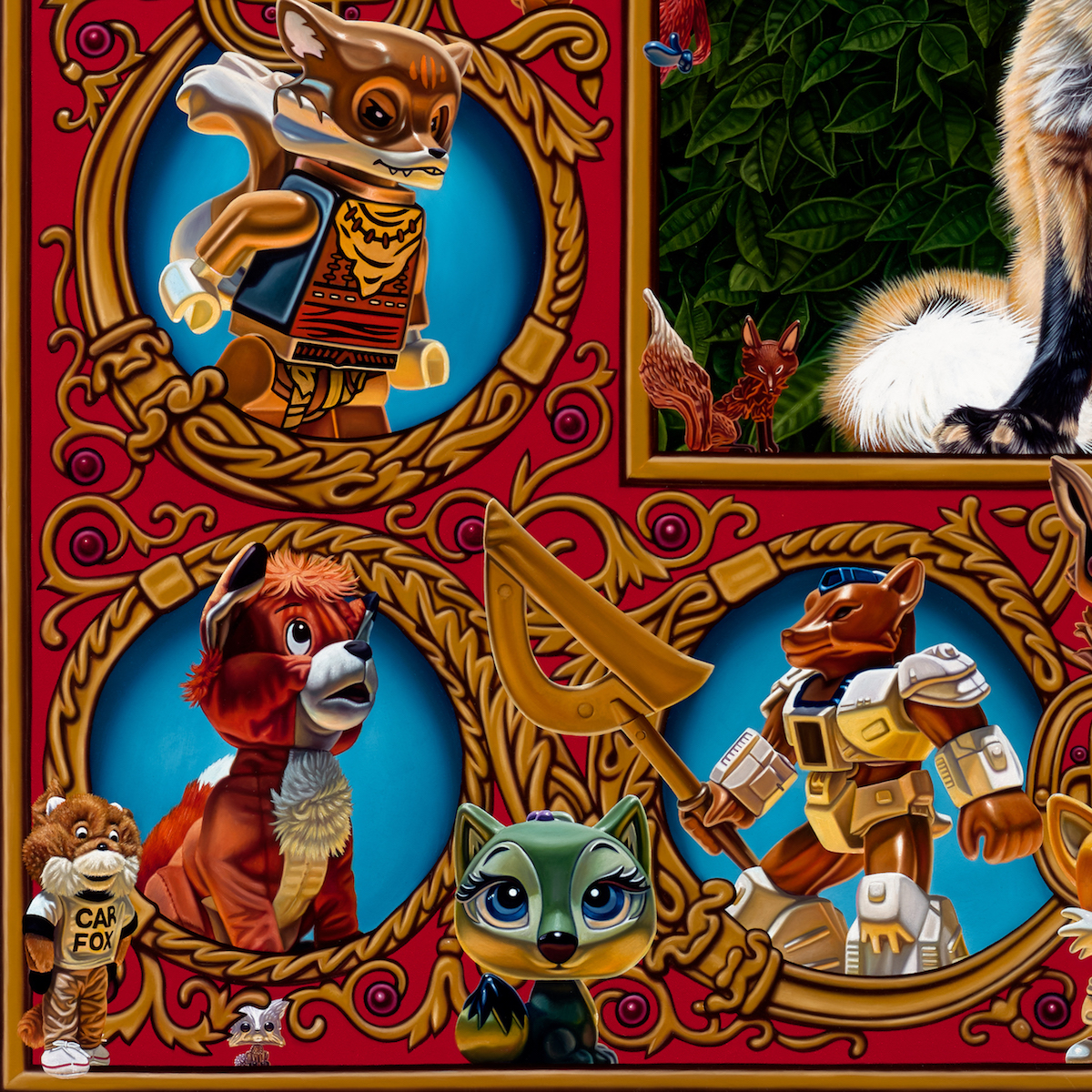 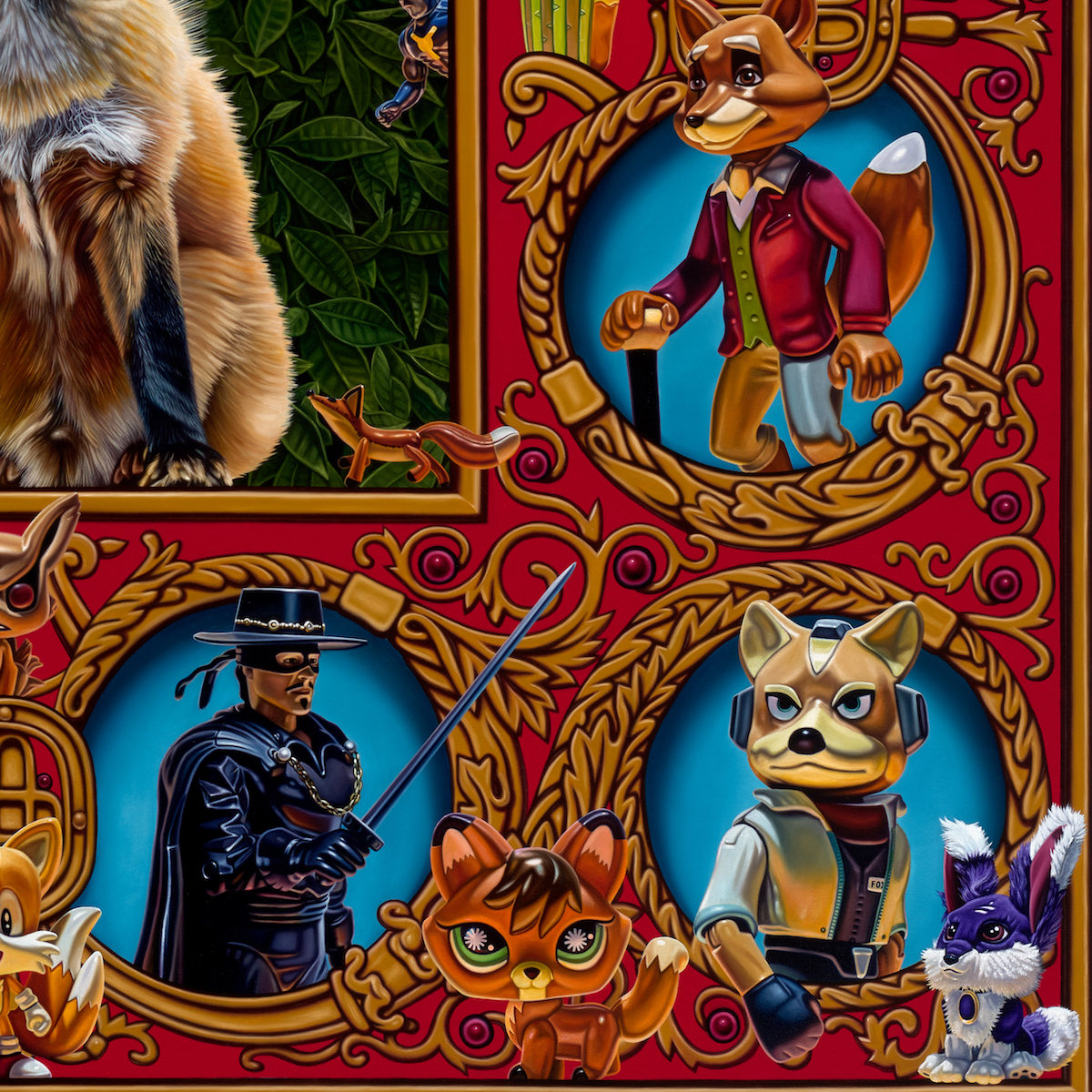 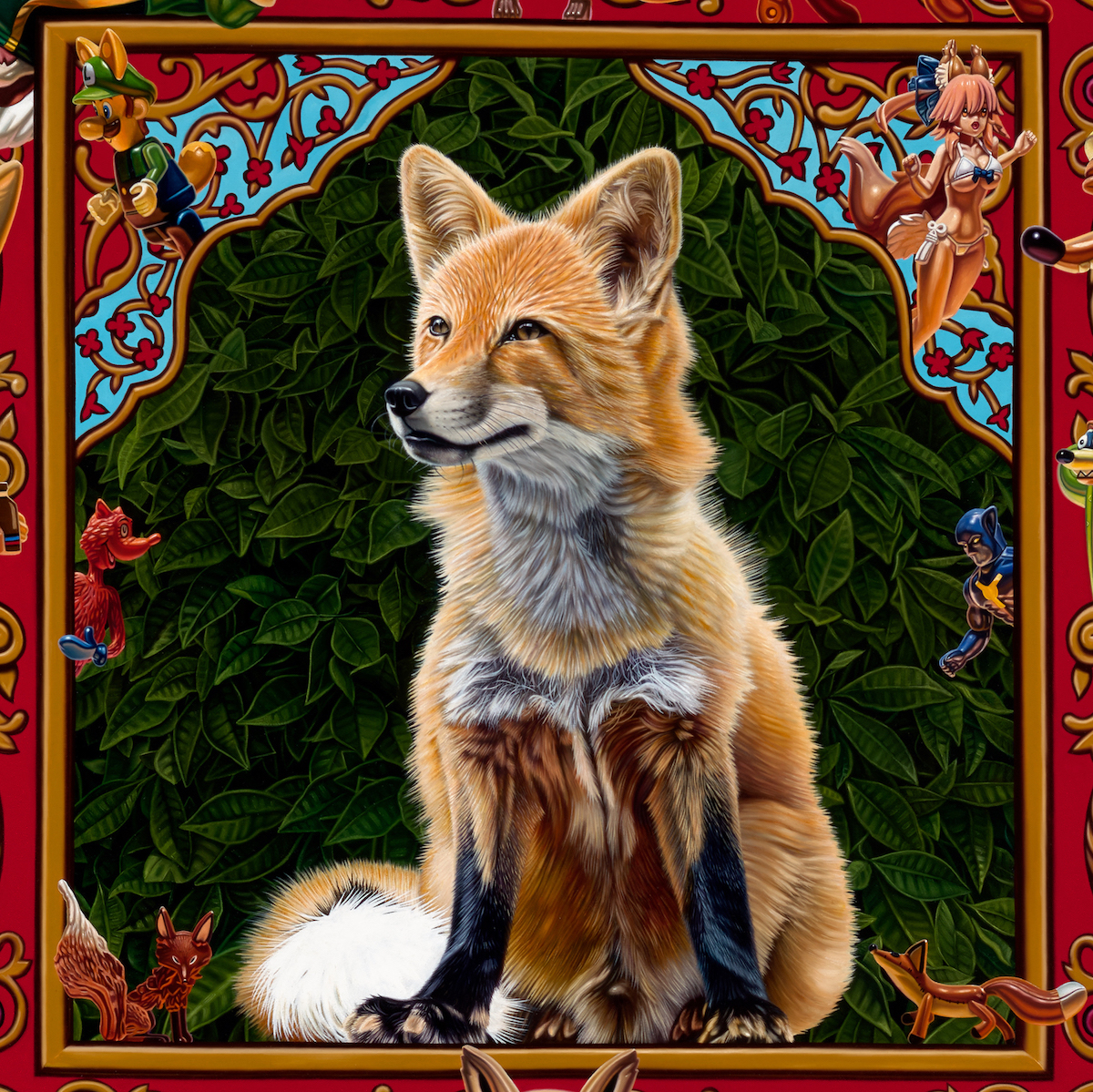